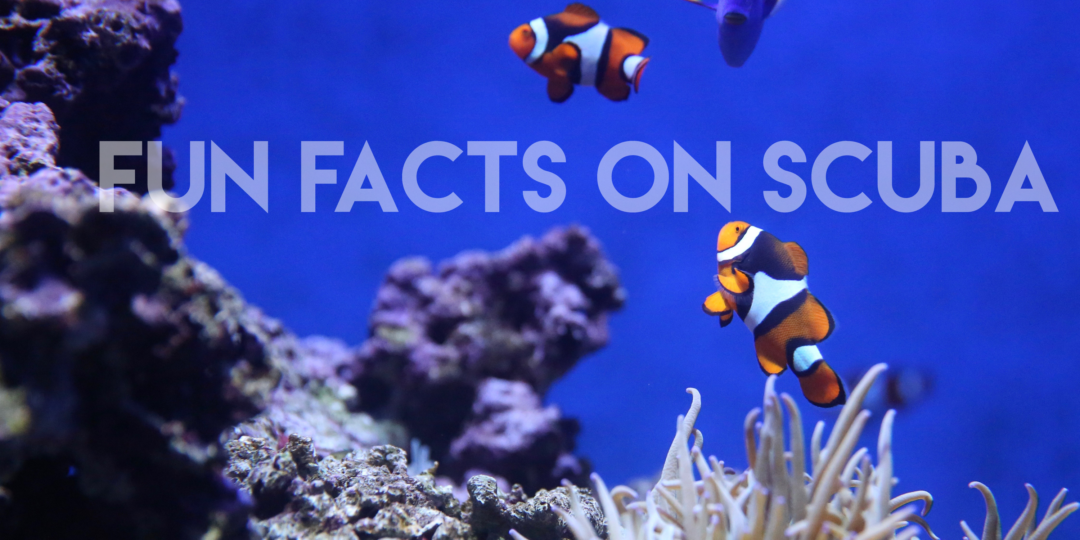 This isn’t so much one of our fun scuba diving facts as just a fact, and one that’s worth repeating to anyone interested in the sport. According to Divers Alert Network (DAN), the 2010 fatality rate in scuba diving was one death for every 211,864 dives. Compare that to one death in 126,626 for marathon runners. In fact, driving a car, playing soccer, golf and skydiving all cause significantly more deaths, in relation to number of participants, than scuba diving.

Sharks are safer than coconuts

Shark encounters are one of the main fears people have when taking up, or thinking of trying, scuba diving. Many divers dream of seeing sharks while diving, but for some, it’s still a cause of concern. So it’s worth reminding them that coconuts present a far greater danger than sharks during a tropical vacation. Say what? Well, roughly 150 people are killed every year by falling coconuts — they are really, really heavy and fall from great heights — compared to around 10 yearly fatalities from shark attacks.

A broken toe is a very common scuba-diving injury

While most reports on diving injuries site various barotraumatic injuries as the most common, this is largely due to broken toes either going unreported or unrecognized as a diving-related injury. But according to ER staff I’ve spoken to, this is a very common injury, perhaps even the most common. Why? Combine heavy objects, such as tanks and lead weights, with a lot of barefoot people and wet, slippery hands, and I’m sure you get the picture. Another reason to exercise caution when carrying tanks to and from the gear-up site.

How deep can you go?

Divers often ask how deep they can go, and the cheeky answer is “all the way to the bottom, but we try to stop around 130 feet.” In fact, we can go a lot deeper than that. The world record for a deep dive on a standard, open-circuit scuba system was 1,044 feet, by South African diver Nuno Gomes, in 2005 off of Dahab, Egypt. The dive took 12 hours and 20 minutes, of which only 14 minutes were used on the descent. Gomes also holds the record for deepest cave dive, at 927 feet. The deepest any human has ever been is to the bottom of the Mariana Trench in the Pacific, at nearly seven miles. Using mini-subs, only three people have ever attained this depth, Jacques Picard and Don Walsh in 1960, and in 2012, movie director James Cameron.

Most time spent on the Titanic

Speaking of Cameron, the longest time spent on the RMS Titanic after its completion was not by a passenger, crew, or even the captain. Rather, it was by the director himself, who made a total of 33 dives there, totaling 462 hours, as research for his films about the ship. In an interview, Cameron jokingly stated that he made the movie to have an excuse to dive the wreck. Obviously this isn’t an everyday dive.

How long can you stay underwater?

This record is a bit more complex, as records differ between salt or fresh water, cold or warm, confined waters or open sea, and the type of equipment. But the longest warm-water dive on a standard, open-circuit scuba system was done in the summer of 2013, when a British man, Sean McGahern, spent 49 hours and 56 minutes on the bottom of the Mediterranean off Malta. He kept himself entertained by cleaning the seabed of debris — I guess housework can act as a distraction if the alternative is looking at a the ocean floor for almost 50 hours.

View all posts by NormalAdmin